Organisations face many challenges when they decide to embrace digital transformation. However, regardless of the best planning and strategy, sometimes the systems do not work as intended. Many times, this leads to Shadow IT projects in an attempt to resolve these issues. The question that organisations face is whether to squash these efforts or to see them as possible incubators for innovation and solutions to problems.

What Is Shadow IT?

Using big data to expand markets, manage customer relationships, streamline diverse supply chains, and to gain a competitive edge are many of the reasons why organisations decide to take on the challenges of digital transformation. Managing data growth requires resources, strategy, and new systems. Sometimes, legacy systems are so embedded that it is difficult to simply scrap them and start over. This is especially the case in older, more established global organisations.

The result is that the system has shortcomings that prevent it from functioning as expected. This means that a workaround must be developed as a side project. Rather than risk having the funding or request to fix these issues denied, IT professionals and business teams develop their own solutions without the approval of upper management.

Impact On The Organisation

The prevalence and impacts of Shadow IT projects are difficult to measure because it is often covert, and you will not find it on the quarterly report. The introduction of cloud computing makes the operation of these projects easier to manage and to slip them under the radar of upper management. In a recent Gartner study, it was estimated that between as much as 30-40% of all IT spending goes to Shadow projects. Other estimates place this number at closer to 50%.

There is no innovation and creativity without failure. Period!Brene Brown

As far back as 2015, a report by Cisco indicated that they estimated the number of apps operating in their cloud to be 51, but it was later found that the actual number on the system was 730. This study highlights the importance of Shadow IT in larger organisations. It is likely that no organisation is immune. This suggests that the system is not meeting the needs of the user and that taking things into their own hands is common practice within Business and IT teams.

The first reaction of senior management teams maybe this represents wasted resources and expenditures. It means that employees are spending their hours on extracurricular activities instead of sanctioned projects. Even if they are doing this for the good of the company and they have the best intentions at heart, it still poses risks that go beyond the budget and hidden costs.

Other risks of these projects include inconsistencies with organisational goals and inconsistent strategies. There is also a potential risk of sensitive information being leaked or lost. Perhaps the most significant threat to organisations is the potential for noncompliance issues or liability, such as a failure to protect personal customer information or comply with General Data Protection Regulation (GDPR) rules. It isn’t easy to control a project that you do not know about.

Your first reaction upon discovering a shadow IT project, or several, might be to come down hard. After all, this is a risky business, especially when it involves big data and the potential loss of large numbers of accounts. This unauthorised use also exposes the company to possible cyber security threats. However, before you decide to put a stop to these activities altogether, it might be time to look at them from another perspective.

Shadow IT As An Incubator

If the workaround that was developed helps the organisation and makes it work more efficiently, chucking it out the window might not be the best answer. The question then becomes how to embrace the spirit of Shadow IT, but still maintain enough control to protect the organisation and potentially give it a substantial competitive advantage.

Embracing The Spirit of Shadow IT

Shadow IT projects have the potential to make the organisation more agile, efficient, and better able to respond to the needs of managing data growth. While the first reaction might be to ignore it, fear it, or react in a way that creates animosity between management and employees, all of these options will not get you the result that you want.

The solution is in the concept of managed shadow IT projects. This unique blend allows your teams to do what they do best, innovate, and it will enable you to make sure that everything operates smoothly. To make this work, you must make sure that the project has a few rules and guidelines.

The idea of embracing shadow IT transforms your team into problem solvers and innovators. The projects can represent a certain portion of the budget that you can control. According to the studies, they are already a part of the budget; only it goes unrecognised and underutilised.

Without change there is no innovation, creativity, or incentive for improvement. Those who initiate change will have a better opportunity to manage the change that is inevitable. William Pollard

Managed shadow IT projects do not have to yield perfect results to be useful, unlike a fully-funded project. They can be used as a testing ground for new ideas that can be developed further at a later time. Looking at shadow, IT projects as a resource instead of employees gone rogue could be the advantage that your organisation needs to overtake the competition. With proper strategy and parameters, your greatest nightmare can become your greatest IT asset. 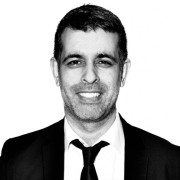 The Impact of Quantum Computing on Digital Transformation

The Impact of Quantum Computing on Digital Transformation

Podcast: How IoT Is Fueling The Digital Transformation

9 Ways The Workplace Will Change Forever